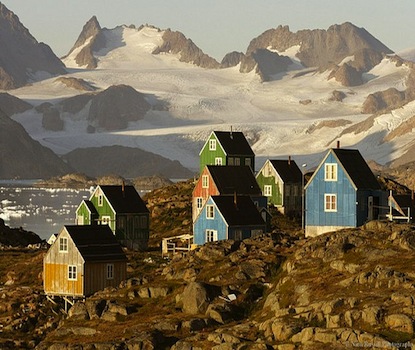 A quick guide to the most underrated backpacking destinations:

Although some may be put off by the headlines, Iran is a backpackers’ dream. Persian hospitality is second to none. The people are eager to open up their doors to strangers, readily offering a meal and engaging in conversation.

The best way to get around in Iran is by train; it’s cheap, comfortable, clean and reliable. One of the oldest and most appealing cities to head for is Isfahan. It is dominated by the grand Imam Square, rumoured to be the largest in the world: the exquisite Shah Mosque is the main feature of the square.

Iran is relatively safe in terms of crime, although some visitors may find cultural and political sensitivities a strain. When out in public local dress codes should be conformed with, and there is a strict ban on the photography of any government buildings.

For the hardier backpackers, Greenland offers a wild spirit of adventure in a land of ice and snow.

Summer provides a laid-back time to explore the island; there are hiking trails, fishing trips, whale watching and a sun that never sets. In autumn, as the darkness returns, the majestic natural phenomena known as the northern lights can be seen dancing across the sky. When the land is covered with snow, visitors can enjoy the thrills of dog sledding, skiing and snowmobiling across the ice sheets.

To ensure a problem-free trip to Greenland, preparation and planning is very important. With flights to Reykjavik, any ongoing excursions should be booked in advance of travel. For outdoor pursuits, have all the relevant kit with you, and it is best to be part of a guided party.

Perched off the Australian coast, the island of Tasmania is often overlooked by those on the country’s backpacking trail.  From Melbourne flights take just over an hour to the capital, Hobart. The island is home to no fewer than 19 National Parks, including Mole Creek Karst and its expansive cave network and Narawntapu, the “Serengeti of Tasmania”, home to the illusive Tasmanian devil!

Popular with Australian domestic holidaymakers there is a wide variety of accommodations on offer for backpackers. Travellers to the island should respect the rules when in National Parks and be especially aware of fire risks.

As this city undergoes a major transformation, now is a unique time to witness the capital of Kazakhstan being renovated on a grand scale.

The Soviet era buildings are being systematically replaced with new architecture that illustrates a grand vision of modernity. New structures include the famous Bayterek Tower, Norman Foster’s Pyramid of Peace, the sweeping flower petal design of the Central Concert Hall and the somewhat wacky Presidential Palace.

As with most cities of its type, visitors to Astana should exert a degree of caution in terms of handling cash and using a mobile phone in public, etc.

Myanmar is now opening its borders and there are magnificent sites for backpackers. Having remained in a state of isolation through decades of military rule, the country has retained a sense of charm and curiosity. Filled with natural wonders, such as the expansive Inle Lake and Ngapali Beach, to the manmade efforts of the Temples of Bagan and the dazzling Golden Shwedagon Pagoda; the country is both visually stunning and culturally very well preserved.

Caution should be exercised, as this is a country making the transition to democracy. Certain areas are prone to civil unrest and any demonstrations should be avoided in case they become violent.