Top 10 Diving locations in the World 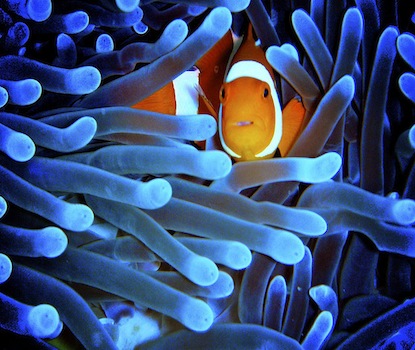 Many students on a gap year choose to focus their energies on backpacking, acquiring a foreign language, or devoting themselves to philanthropic endeavours in developing nations.  Another intriguing option, however, is a diving holiday that spans the globe, taking avid divers to some of the world’s most beautiful and ecologically sensitive underwater areas.

Many students on a gap year choose to focus their energies on backpacking, acquiring a foreign language, or devoting themselves to philanthropic endeavours in developing nations.  Another intriguing option, however, is a diving holiday that spans the globe, taking avid divers to some of the world’s most beautiful and ecologically sensitive underwater areas.

Barracuda Point, located off Sipadan Island, is remarkable for sights such as sea turtles measuring three metres and schools of fish rushing about as if they have places to be and other fish to see.  Barracudas swarm here in large numbers, along with hammerhead sharks, parrotfish, and batfish.

Diving off Khuraburi Island provides marine life enthusiasts with one of the best chances they will ever have to see the ultimate “gentle giant” of the world’s seas: the whale shark.

Fans of giant sea life will also appreciate diving off Palawan Island in the Philippines.  The water in this region is remarkably clean, providing a perfect environment for fish to have exceptionally long lives.  Since many species continue to grow their whole lives long, the result is magnificent examples of boxfish, scorpion fish, and more than 350 other species.

Wreck divers will be in underwater heaven here, where the SS Yongala has been attracting visitors for more than 50 years.  Other attractions here include humpback whales, giant groupers, minke whales, and many species of ray and shark.

For a change from the open ocean, divers can plunge into a freshwater cave that stretches for dozens of miles.  Known as Sistema Dos Ojos or System of the Two Eyes, the cave draws dozens of tourists daily to marvel at flooded cave rooms filled with eerie stalactites.

The Red Sea offers several fine dive sites.  Particularly notable is the wreck of the S.S.Thistlegorm.  Destroyed by a German bomb in 1941, the wreck today can be explored in detail; dive groups are particularly fond of visiting the cargo hold, still filled with machine guns and trucks covered in decades of rust.

The Thingvellir National Park hosts a dive site ideal for students with an interest in geology.  Here, divers can descend to view the chasm where two tectonic plates meet, marking the true geologic boundary line between North America and Europe.

The island of Palau is notable for reef sharks and large colonies of soft coral, along with a strong current that provides an ample challenge for experienced divers.

The Galapagos Islands are famous for more than Darwin’s historic observations on finches.  They also play home to large colonies of marine mammals including fur seals and sea lions.  Danger lurks here too, however, in the form of moray eels, hammerhead sharks, and manta rays.

A final thrill for student divers on a gap year is the Great Blue Hole, a sinkhole stretching more than a hundred meters into the earth’s crust.  Intended for advanced divers, the hole is a maze of ledges and caves providing shelter for groupers and nurse sharks.

A dive-based gap year is about more than enjoyment, however.  Many students emerge from the experience with a heightened commitment to the cause of marine habitat preservation.