Tokyo, Japan: Both Traditional and Modern 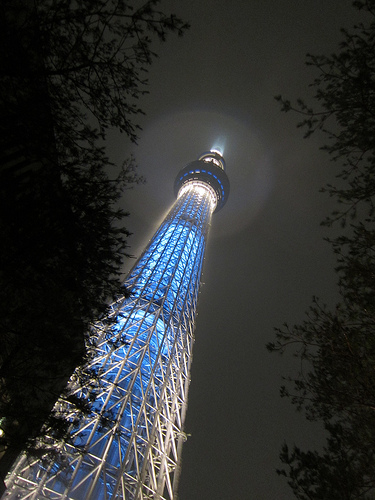 Not only is Tokyo the capital city of Japan, it is also the world’s single biggest metropolitan area.  Located on Honshu, the largest of the many islands that make up Japan, Tokyo was largely destroyed during World War II and has been rebuilt since.  Because of this, the architectural footprint of the city is predominantly contemporary, featuring several structures that are internationally renowned for their contribution to modern architecture.  These include not only the brand new Tokyo Skytree but also the Asahi Beer Hall and the Rainbow Bridge.

Things to do in Tokyo

One advantage that Tokyo offers the Western tourist is the chance to try out activities that are in many cases unavailable outside Japan.  At the Oedo Onsen Monogatari, for example, tourists can enjoy a traditional Japanese bath such as was enjoyed by aristocrats during the Edo era in the nation’s history.  This “bathing theme park” is popular with both locals and visitors to the Tokyo area.

Another distinctly Japanese experience tourists can enjoy is a trip to the Sukiji Central Fish Market, where the produce of the sea is on display as the catch arrives daily on fishing boats.  This fish market features acres of fascinating sights related to the tendency of this seafaring nation to consume a great deal of seafood, including exotic fish species displayed live in tanks.

One of the newest tourist attractions in the city is the Tokyo Skytree.  Stretching up over 2,000 feet, this observation tower is Japan’s tallest structure and proved so popular upon its recent opening that tickets sold out for two months straight.

The Rainbow Bridge, which opened to traffic in 1993, is a beautiful sight at night when lamps on the suspension wires light up the night in shades of white, green, and red.  Tourists can cross the bridge using public transit such as Yurkiamone rapid transit, but another option is to stroll across on one of the two walkways.  Both are on the lower deck of this double decker bridge, with the north side providing outstanding views of the inner harbour while the south side allows visitors to enjoy the sweeping vista of Tokyo Bay; when weather permits, Mount Fuji can be glimpsed in the distance.  The walkway is not open late at night, closing at 9 p.m. in the summer and three hours earlier during the winter.

The most popular tourist attraction in the city is the Disney resort, which actually features two parks: Tokyo Disney, which boasts attractions that will be familiar to those who have visited other “Disneyland” style parks throughout the world, and Tokyo DisneySea, an amusement area of more than 150 acres centred around rides and experiences that are unique to this park.  Here, guests can visit a mermaid lagoon and explore “Mysterious Island,” which features rides themed around the novels of early science fiction writer Jules Verne.

Tokyo is a place where visitors can enjoy a taste of Japanese culture and still take advantage of some of the world’s most modern attractions.  One thing is certain: a trip to Tokyo is an adventure that no amount of traveling elsewhere can emulate.