The French Alps, all year round 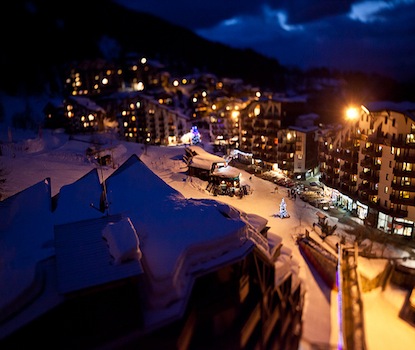 For fans of Alpine skiing, there is no better place in the world than Les Trois Vallées.  Situated in the French Alps, this large region comprises the world’s largest linked ski area.  Despite its reputation as a premier location for snow related sports, the French Alps in fact offer visitors plenty to do all year round.  During the spring and summer the forested slopes provide an idea backdrop for short hikes as well as extended backpacking trips.  Tourists eager for more excitement may also want to take advantage of the mountain biking and mountaineering opportunities in the area.

The Three Valleys contains numerous large resorts.  Of these, Courchevel is notable for its outstanding system of ski lifts that operate with such efficiency that queue times are extraordinarily short even when the winter ski season is in full swing.  In fact, in 2008 Courchevel was recognized by the Daily Telegraph as the “best ski resort in Europe.”  It is no wonder, therefore, that the rich and famous come here to ski.  Celebrity and royal guests have included Prince William, the Saudi royal family, Geri Halliwel, Christina Aguilera, and David and Victoria Beckham.

Courchevel is made up of four villages, three of which are named after the elevation they rest at as measured in metres.  The most famous of these is Courchevel 1850, which is notable not only for its high elevation but also for having more than 10 hotels ranked at the exclusive 5-star level.  Even more remarkably, Courchevel is the only ski resort in France to have a hotel attain a 6-star or “palace” ranking, which was created in 2011 to denote truly luxurious establishments.  Even those who choose not to stay in the priciest hotels may wish to treat themselves to a meal at one of the Michelin-starred restaurants in Courchevel.

Most tourist activities naturally revolve around the outdoors here, but when not on the slopes or enjoying a hike through the woods, visitors may also enjoy the chance to shop or browse at one of the resort’s exclusive designer shops.  These include Chanel, Louis Vuitton, Valentino, Cartier, Fendi, and Dior, to name just a few.

When the 1992 Winter Olympics came to nearby Albertville, an entirely new town was constructed to house the athletes who came to compete.  This was named La Tania, now known as an excellent place to stay while visiting the Meribel or Courchevel ski areas. La Tania features hotels as well as apartment buildings and chalets, with the latter dotting the nearby forest.  In addition, La Tania offers tourists basic amenities such as a supermarket as well as four shops where skis and other equipment can be hired.

La Tania is the home of France’s largest ski school and provides visitors with several easy ways to reach the larger ski areas located nearby.  These include both draglifts and gondolas.

Although the French Alps is a vast area offering nearly limitless recreation possibilities, Courchevel stands out as offering not only some of the world’s loveliest natural scenery, but also many of the finest hotels and restaurants in all of France.