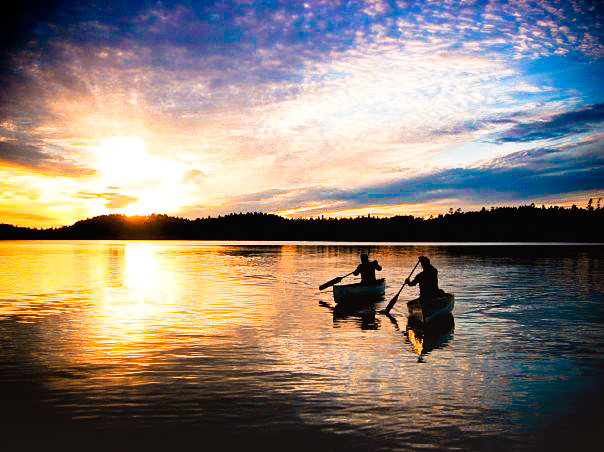 For American children and teenagers, attending a summer camp is almost a rite of passage.  Not only does a summer season spent at camp help young people to better understand the natural world, it also helps them develop social interaction skills that will stand them in excellent stead for the rest of their lives.  Plus, of course, it is an opportunity to get away from parents and siblings for weeks at a time.

Tourists who travel to the United States from other countries may not realise that summer camping experiences are also open to them.  In fact, spending a few weeks at a summer camp is an excellent way – perhaps the only way – to truly come to appreciate the natural grandeur of the North American continent.

Summer camp facilities: the typical to the sublime

Compared to nations in Europe, the US has been densely settled for a very short period of time.  Much of the nation remains in a natural state and is far removed from large cities with modern hotel facilities.  Staying at a summer camp often means the opportunity to sleep in a sleeping bag in a rustic cabin in the woods.  Some camps offer more exotic facilities such as tepees – the conical leather buildings traditionally constructed by the Native American tribes that inhabited the Great Plains region of the nation.  It is even possible to find camps where the housing facilities consist of yurts – and in some American summer camps, visitors sleep in tents that they pitch for themselves.

Most summer camps offer visitors a full complement of activities to fill their days, making camp just as much about “doing” as about “seeing” or “staying.”  The types of activities offered frequently vary according to the natural environment surrounding the campers.  One of the most common types of camp is located in a meadow surrounded by forests.  In these camps, nature hikes and Native American crafts are typical activities.  If lakes or rivers are located nearby, participants may be able to take lessons in swimming, water skiing, canoeing, kayaking, or snorkelling.

Camps located in desert habitats frequently offer participants the chance to enjoy rock climbing or hikes out to see petroglyphs – prehistoric rock carvings made by Native American tribes.  At some camps, participants are enrolled in a set round of activities that everyone completes; others present visitors with a “buffet” of choices and allow them to design their own programs.

The value of a camping experience

Summer camps help participants to develop practical skills such as knot tying and plant identification, but perhaps their greatest value lies in requiring visitors to live and work together in groups.  This not only fosters social interaction, it also guarantees that visitors from abroad will have a great deal of close contact time with Americans.  Since one of the main goals of foreign travel is to get to know a new place, this is invaluable, for in the US, as in the rest of the world, much of what makes a place unique lies in the attitudes and culture of the people inhabiting it.

Before and after summer camp

Many tourists find that enrolling in an American summer camp allows them to visit parts of the nation they might otherwise overlook.  Both before a camp experience commences and after it ends, visitors can explore the states nearby, enjoying major cities and tourist attractions.  A summer at Camp Weequahic in Lakewood, Pennsylvania, for example, can be combined with visits to Independence Hall in Philadelphia, where American revolutionaries approved the Declaration of Independence and Gettysburg National Historic Battlefield, where the South lost its last hope of prevailing during the Civil War.

An American summer camp is one of the best ways to become acquainted with the people and landscape of the United States.