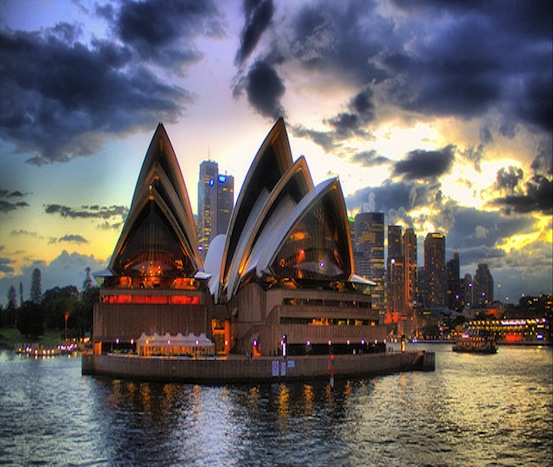 Both locals to Australia and visitors enjoying the “land down under” have long debated the merits of the nation’s two largest cities: Sydney and Melbourne.  In some ways, Sydney and Melbourne are similar; both are capital cities of their states and both are located along the coast in the south-eastern region of Australia.

Sydney, however, holds the distinction of being the “original Australia,” since it was the site where the First Fleet landed to establish the penal colony which began British settlement of this island continent.  Melbourne was founded almost 50 years later and named to honour the crown’s prime minister at the time, the 2nd Viscount Melbourne.

Sydney is the home of the single most iconic building in Australia, the Sydney Opera House.  Drawing more than 4 million visitors each year, the structure stands alongside Sydney Harbour, drawing attention with the magnificent curved sweeps of its distinctive roofline.  For some, this building alone gives Sydney the edge in any competition with Melbourne, which is located about 450 miles to the south-west.

Melbourne fans, however, have their answer in the city’s Federation Square, which is widely considered to be the most avant-garde building in all of Australia.  Tourists visiting Federation Square can enjoy cinemas, cafes, restaurants, and art galleries as they explore buildings with crazy angles and a patchwork appearance that makes it look as though pieces are missing.

Sydney offers visitors more than 100 days per year when the skies are a vibrant blue free of clouds, while Melbourne has half as many.  Good weather, however, is in the eye of the beholder.  Melbourne lovers are quick to point out that despite its clear skies, Sydney also has almost two full weeks each year when tourists are best off indoors since the skies open up and pour down torrents of rain.  In contrast, Melbourne only has three days on average when rainy conditions are so severe – and half as much rain as Sydney each year measured in millimetres.

Melbourne also has four true seasons; Sydney’s more even climate means that autumn and spring are not nearly as distinct.

According to many Australians, the best shopping district in the nation is Chapel Street in Melbourne, where more than a thousand boutiques and stores stretch from South Yarra all the way to Windsor.  The area is particularly noted for excellent bargains in second-hand shops.

Sydney, on the other hand, can boast about Oxford Street, home to stores showcasing the efforts of the top fashion designers in Australia.  Again, the winner is probably a matter of opinion since the two shopping districts specialise in different sectors of the market.

Melbourne is located a substantial distance from the open ocean, but offers tourists a variety of beaches along the shores of Port Philip Bay, which features more than 150 miles of coastline.  Sydney is located slightly inland, which means that many of its beaches line the Tasman Sea itself.  Sydney also offers beaches along rivers and harbours, which many locals feel gives it an edge over Melbourne in terms of variety.

In the final analysis, the winner of any Sydney vs. Melbourne competition will come down to a matter of opinion.  But that is as it should be.  Australia is a vast land providing students with ample diversity to keep them entertained for an entire gap year as they explore this continent’s many cities and natural wonders.