Norfolk – a county of contrasts 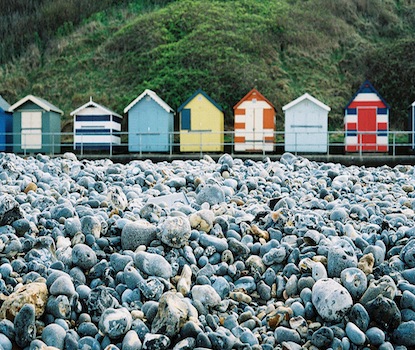 Based in the County of Norfolk, I have been studying and working in the UK for almost 18 months now. During my time living in Norwich – an attractive cathedral city and the county town – I have had some opportunity to travel around and explore the area.  I was very pleasantly surprised at what I found.

The County is located on the UKs east coast and its coastline juts out into the North Sea. There is no landmass between Norfolk’s north coast and the North Pole – it can be very chilly!

Norfolk is very much a county of contrasts with great variations in terrain.  In the north and west of the county lie the Norfolk Fens, a large area of reclaimed land that is prevented from inundation by a sophisticated system of pumps, sluices and dykes.  In all, the Fens cover an area of about one million acres stretching into the adjoining counties of Cambridgeshire and Lincolnshire.

The Fens can be a forbidding and bleak landscape in the winter.  The terrain is almost completely flat and you can see for miles in any direction, across what is now some of the most fertile farmland in the whole of the UK.  In the warm spring and summer months it is transformed, with many of the fields glowing bright yellow with daffodil blooms. Many other kinds of flowering plants are grown, plus top-quality soft fruits and vegetables that are sold in the wholesale markets and to passing motorists at roadside farm shops.

The North Norfolk coast is the most popular area with tourists.  Between the seaside resorts of Hunstanton in the north-west and Cromer in the east, lie areas of outstanding natural beauty.  There are several small villages that during the 17th and 18th century were thriving ports. The harbors have long since silted up and are now the domain of dinghy sailors and inshore fishermen.  The Norfolk cottages are constructed with soft red brick and the local flint – very attractive.

This area also has nationally important coastal nature reserves. Holme, Titchwell, Scolt Head Island, Blakeney Point and Cley-next-the-Sea are all very popular with birdwatchers, with many visiting from all over the UK each year and many coming from mainland Europe, and beyond.  On the reserves there are colonies of sandwich tern, avocet and oystercatchers.  Marsh harriers can also be seen traversing the saltmarshes searching for food.  Otters have successfully reestablished themselves at the Cley reserve.

To a small degree, the larger port town of Wells-next-the-Sea still operates as a commercial harbor.  The quay heading is still accessible to quite large vessels at high water.  At the present time the town is benefitting from the harbor’s use by the vessels and engineers that are engaged in the creation of the Sheringham Shoal windfarm just a few miles along the coast.  This has brought some much-needed revenue into the area with several businesses enjoying increased business.  The local bakery has secured a contract to supply the windfarm workers with their daily bread and cakes.

The seaside resorts of Cromer and Sheringham are very pleasant and are busy with tourists during the summer season.  Cromer has the best beach of the two resorts; also a pier with a theatre where traditional summer shows are staged.  Sheringham’s Little Theatre stages plays by a repertory company during the summer season; very popular and the theatre is almost always fully booked.

The two resorts have several hotels and numerous bed and breakfast establishments.  There are also some very good camping and caravan sites adjacent to the two towns.

Norfolk – growing in popularity and appeal

Norfolk’s star can be said to be firmly in the ascendancy as regards popularity.  As the rich and famous have bought properties in the county, so the price of real estate – particularly in North Norfolk – has climbed steadily.  This has now reached the point where many individuals who were born and bred in the area can no longer afford to buy a house.

If you ever get the opportunity to visit the UK I strongly recommend that you firmly place Norfolk on your itinerary – you certainly won’t regret it.