Mountain climbing around the world – from amateur to expert 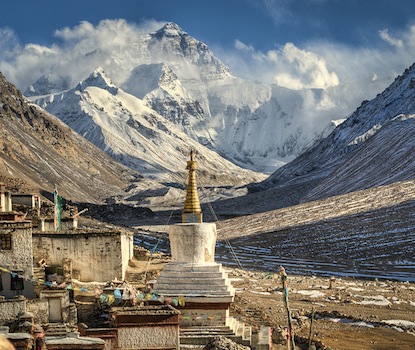 Mountain climbing used to be a sport only for those who could afford to devote much of their life to the activity.  In the last 50 years, however, huge advances in technology and equipment have caused the sport to become a popular weekend and holiday activity for tourists of all types.

Located in the east African nation of Tanzania, Kilimanjaro is the tallest mountain in Africa.  There is more than one way to ascend to the top of this mountain, which is composed of a trio of long-extinct volcanoes.  For amateur mountain climbers, however, the best route to choose is the one commonly known as the “Coca Cola trail.”   According to Jon Garside, who serves the British Mountaineering Council as a training officer, climbing Kilimanjaro is “nothing that a reasonably fit person shouldn’t be able to do.  The path is a pretty gentle gradient.  It is not technically challenging.”

Mr Garside does caution, however, that amateur climbers need to stay aware of the effects of altitude on the body.  “You get very high [up the mountain] very quickly,” he explains.  “That affects the body.  You have got to walk so incredibly slowly.  Imagine an arthritic 90-year-old walking backwards – that’s probably too fast.  While a mountaineering professional can ascend Kilimanjaro in less than 10 hours, the typical tourist should probably plan on taking five or six days to reach the top of the highest peak, which reaches to more than 19,000 feet above sea level.

At nearly 20,000 feet above sea level, the colossal mountain known as Huayna Potosi is part of the Andes mountain chain, which stretches for more than 4,000 miles along the coastal regions of South America.  First climbed in 1919, the mountain is considered ideal for climbers with some experience behind them and is a popular destination for seasoned mountaineers eager for a peak that will not present them with too much technical difficulty.

With a peak more than 29,000 feet above sea level, Mount Everest is the highest mountain on earth and is considered suitable for expert climbers only, though highly experienced mountaineers willing to work closely with professional guides can also make the ascent.  Mount Everest is situated in the Asian mountain range known as the Himalayas and stands on the border of Nepal and China.

Everest does not present its visitors with the technical climbing difficulties that characterize other slopes, but comes with dangers all its own in the form of extreme weather and wind conditions as well as altitude sickness.  There are at least 15 recognized routes up the mountain, but the easiest one is widely considered to be the south-east ridge route, which starts in Nepal.  Most climbers make the ascent during the month of May when weather conditions tend to lower the average wind speeds whipping past the mountain.

A climbing holiday takes tourists away from civilization so they can get to know the natural world at their chosen destination.