London, Olympics 2012: one of many reasons to visit 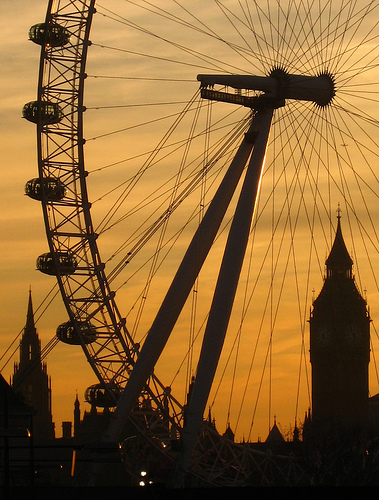 The capital city of the United Kingdom has already hosted the Olympic Games twice, first in 1908 and then again in 1948, when the Olympics resumed after the havoc of World War II.  Now that London will be hosting the Olympics again this summer, the city holds the unique distinction of being the only place in the world to have been selected for this honour three times.

The 2012 Summer Games are scheduled to take place for about two weeks beginning in late July, but tourists looking forward to the athletic events should consider arriving early or staying late so that they can have more time in this world-class city. Accommodation should be booked as early as possible and potential tourists should consider booking one of the many London Hotels.

London features a number of outstanding museums including the British Museum, widely regarded to be one of the world’s finest repositories of historical treasures from around the globe.  Here, tourists can examine the Elgin Marbles – ancient Greek statues that adorned the Athenian temple known as the Parthenon – and have a first-hand look at the Rosetta Stone, responsible for allowing linguists to finally decode the meaning of Egyptian hieroglyphs.  The British Museum is so huge that like the Louvre in Paris, it takes several days at the very least to do all the collections justice.

Tourists more focused on modern history will want to spend a morning or afternoon in the Imperial War Museum, which features excellent collections related to both world wars.  Here, visitors can walk through a recreation of a trench from the Western Front of 1916 and experience what it was like to live through the Blitz when the Nazi Luftwaffe massively bombed London every night.  Best of all from the point of view of a strapped tourist is the fact that both of these museums charge no admission, although donations are accepted and appreciated.

Another excellent reason to have more time in London is the thriving theatre scene in the part of the city known as the “West End.”  Major theatrical productions with name-brand actors are common here, but tourists can also elect to see plays in the many small theatres that offer eclectic and avant-garde fare.

This summer, of course, the Olympic Games themselves will be the main attraction for many tourists visiting London.  The Games are expected to attract athletes from more than 200 nations and the programme itself will feature 39 separate athletic disciplines including 26 different sports.  Among the more unusual sporting competitions on offer are Greco-Roman wrestling, slalom canoeing, archery, and Taekwondo.  All of the well-known Summer Olympic sports will also be represented; these include track and field events as well as swimming, diving, tennis, volleyball, and boxing among many others.

Traditionally, two of the most popular events for spectators have been the Opening and Closing Ceremonies.  These are scheduled to take place on July 27 and August 12.  The games will be officially opened by none other than Queen Elizabeth II and her husband, the Duke of Edinburgh.

Although visiting London is an excellent notion at any time, this summer provides additional compelling reasons to make a trip to this European capital a priority.  Tourists who make it to London to see the Games will probably conclude that they need another holiday in London to see sights missed the first time!