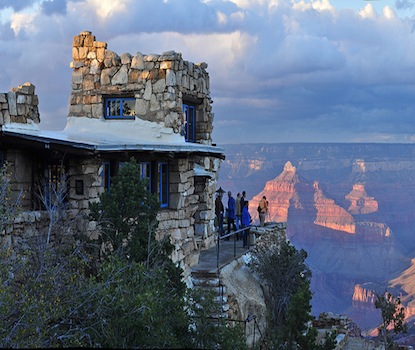 A gap year experience is frequently touted as beneficial because it can help young people to promote themselves more effectively when it comes to university entrance or when they enter the job market.  These are significant advantages, to be sure, but they are far from the only benefits that result from living abroad.  Instead, a gap year spent in one foreign nation or several can help a student to learn important lessons that will stay with him or her for a lifetime.  These lessons can often be transformational, causing the student to grow and mature in directions that might never be explored at all, otherwise.

Spending time abroad immerses students in a culture different from their own.  This can help individuals to challenge their own assumptions about life and people – assumptions that prior to the trip abroad, they might not even realise they possess.  For example, in the Central American nation of Costa Rica, it is customary for patrons in fast food restaurants to leave their used papers, trays, and utensils on their table when they depart, rather than clearing the items themselves.  This behaviour would be considered boorish in a fast food restaurant in the UK, but in Costa Rica, the assumptions underlying eating out are somewhat different.  The ethos there is that fast food restaurants employ people to clear the tables, and that if patrons do it for themselves, they will be putting someone out of a job – someone who most likely needs the job very badly.  Thus, in Costa Rica, it is considered unreasonable to clear one’s own table.

The very nature of a gap year takes students hundreds or thousands of miles away from the support structures they have depended on all their lives.  Without family or friends close at hand, such students must learn to think for themselves.  This means a great deal more than managing their own finances and travel arrangements from country to country.  It also means being able to deal with the unexpected, resolving conflicts and complex problems as they arise.  Some call this learning by experience while others refer to it as attending the “school of hard knocks,” but one thing is certain: after a year fending for themselves, students on a gap year have grown tremendously in both confidence and self-reliance, qualities which will stand them in good stead no matter what future path they eventually pursue.

It really is true that “there’s no place like home,” but just like Dorothy Gale in The Wizard of Oz, most people have to leave home for an extended period before they can truly appreciate it.  The climate and food choices that characterise a student’s home nation may never seem exceptional at all until that student spends a year elsewhere and begins to miss them.

Gaining such an appreciation for one’s home nation can mean a richer, more fulfilling life after returning home.  Instead of taking home for granted, it will acquire the special gloss it deserves as a unique place in its own right.

A gap year or other time spent abroad truly can mean coming home a changed man – or woman, as the case may be.