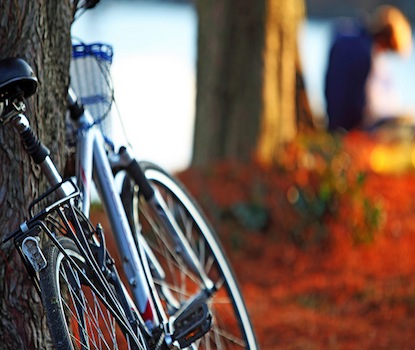 One of the benefits of travel has always been the chance to experience alternate modes of living.  Hundreds of years ago, this tended to refer mostly to cultural differences.  In the modern age, however, technological differences can be just as profound, even when traveling exclusively in Europe.  This is because not all European nations are on quite the same page when it comes to an awareness of ecological issues or how to address profound challenges such as climate change.

Amsterdam: city of the bicycle

Few cities can boast that the most prevalent method of transportation within their limits is human-powered.  Amsterdam, with more than 550,000 bicycles for its 750,000 permanent residents, is the exception.  Tourists with an interest in green technologies should make the capital of the Netherlands their first stop, and not only because of the bicycle angle.  The city has also been surging forward toward alternative power since 2009, when a number of projects emphasising wind and solar energy were initiated.

This city along northern Spain’s Mediterranean coast is another place where many locals find they have no need for a car.  Instead of biking about town, large numbers of Barcelona residents make use of an integrated public transport network that involves not just subways, but also street trams, funiculars, and even cable cars.  Tourists can enjoy seeing how a city with hundreds of years of history has transformed itself to meet the need to reduce its greenhouse gas emissions.

Most cities have an enormous challenge just finding places to dispose of all the rubbish that residents generate.  Munster in Germany, however, avoids the need to devote landfill space to biodegradable rubbish.  Instead of allowing such refuse to pile up and blight the landscape as it decomposes, Munster puts it to good use, recycling it to produce a variety of energy forms including heat and electricity.  This means that Munster residents – more than 250,000 of them in all – must sort their household rubbish before setting it out for pickup.  Such an achievement is remarkable in itself, for in some European cities, there would not currently be such a level of commitment among the public to doing the real tasks that are required for going green.

Riga: the advantages of nature

In most places, becoming an eco-city requires either a shifting of priorities or the installation of significant infrastructure.  In Riga, Latvia, however, going green is the result of never having lost an emphasis on retaining the natural world in the region.  Riga is surrounded by ample peat bogs and lush forests that naturally convert carbon dioxide into oxygen.

Latvia is hardly resting on its laurels; as one of the cleanest cities in Europe, Riga has been instrumental in helping Latvia to achieve one of the best carbon emission records in the entire EU.

Eco-tourism is a relatively new phenomenon, but as more people become interested in sustainable living and the reduction of pollution in all its forms, it is likely to grow in popularity, particularly in Europe, where so many cities are already at the forefront of the movement to go green.