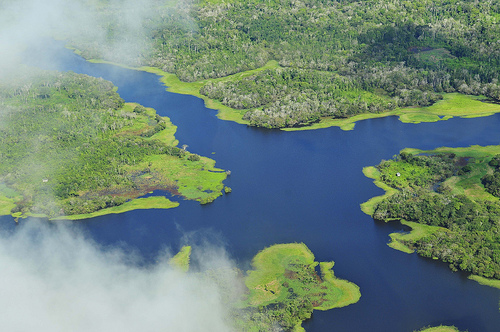 Most people have heard of the Amazon, but they may not realise the sheer scale of this river and the rainforest basin that surrounds it.  In terms of water flow, the Amazon is by far the largest river on the planet, discharging more water than the combined flow of the next seven largest rivers. The term “the Amazon” refers to the entire Amazon basin, an expanse of more than a billion and a half acres, which stretches across nine separate nations in the northern portion of South America.

Each of these nations has a very distinct and individual culture.  Not even the Spanish language binds them together in a unified whole, since the national language of Brazil is Portuguese and French Guiana is actually an overseas department of France itself.  This means that a gap year spent in the Amazon can be a highly diverse experience if you travel around extensively.

In fact, there are several reasons why the Amazon is an excellent choice of travel destination for a gap year to be spent abroad.  The purpose of a gap year is to help an individual entering adulthood to grow on a personal level, through new experiences.  Because the peoples and culture of the Amazon are so different from those found in Western Europe, a gap year spent there will open a student’s eyes to the human diversity of the planet and will make him or her step back from the “comfort zone” of their own culture.

Moreover, ecological issues are of paramount importance in the region, with the destruction of the rainforest being a potent threat to the long-term stability of the planet’s oxygen supply and level of biodiversity.  At the same time, funding for research and conservation is limited by the fact that nations such as Venezuela, Peru, Ecuador, Bolivia, and Colombia sometimes struggle with meeting the basic needs of their people.  This means that many worthy gap year projects in the Amazon welcome volunteer assistance from foreign students.

Places to see in the Amazon

The Amazon is a region packed with fascinating sites to explore.  On the border shared by Brazil and Peru, students can visit the Serra do Divisor National Park, where it is possible to see villages still inhabited by the indigenous people of the region.  In the same park, visitors can learn about efforts to conserve the Western Indian Manatee, an ocean-going mammal that relatively few Europeans have ever seen.

Of interest to many students is the Cabo Orange National Park in Brazil, the only officially preserved area to border the Atlantic coastline of the Amazon basin.  Here, the rainforest changes to an ocean ecosystem, giving visitors a unique understanding of how the Amazon River plays an integral role in the overall ecology of this nine-nation region.

A truly unique experience to be had whilst in the Amazon is a trip to Mamiraua, Brazil.  Not only is this area widely regarded as being among the most lovely of the entire basin, it is also the home of one of the world’s few “floating hotels.” At Mamiraua, visitors typically explore the rainforest by canoe since the region is flooded most of the time.

The Amazon will no doubt broaden the horizons of students on their gap year, but above and beyond that, it will provide them with an opportunity to demonstrate to future university admissions committees and employers that they are able to step outside their “comfort zone” and confront challenging new experiences.  These valuable skills are ones that universities and businesses expect to see in the individuals who have taken a year away from the UK.