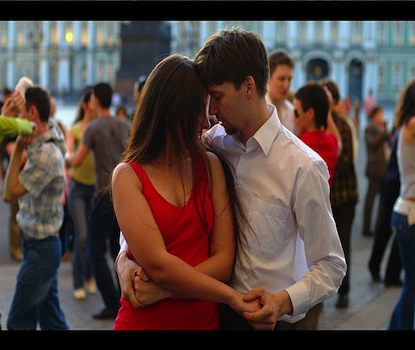 Interested in dance? Why not organise a holiday that focuses not on the natural wonders or cuisine of each nation visited, but instead concentrates on learning about traditional forms of dance?  Although moving in choreographed ways in time with music seems to be a universally popular human trait, this impulse is expressed very differently from one region of the world to another.  Tourists on a “dance holiday” can attend classes in various musical traditions so that they can learn to perform national dances, or they may simply prefer to watch them being performed.  Either method is bound to result in a holiday that energises not just the body but also the mind and spirit.

Attend a community pow-wow in the United States

Native American dances are always an important part of pow-wows, which are large gatherings that often include several different tribes.  Dancers are arrayed in traditional costumes representing tribes as diverse as the Lakota Sioux and the Apache, and then proceed to demonstrate the intricate dance traditions that have been practiced by their tribe for centuries.  Native flutes and drums provide the music, and everyone attending the pow-wow is usually welcome to join in when it is time to perform the “Round Dance,” a perennial favourite with natives and visitors alike.

Indulge in belly dancing in the Middle East

Belly dancing is traditional in several nations, including Egypt, Lebanon and Turkey.  Many of the motions needed for belly dancing heavily involve the abdominal area – hence the name – but the hips, chest, arms, and shoulders are also instrumental in creating the sultry and romantic impression associated with this dance form.

Many fine restaurants in the Middle East feature belly dancers as a form of entertainment for the diners, which means that tourists do not have to search for long in order to find a location to see the dances performed.  Those who opt for courses in the art will find that belly dancing is excellent for toning the stomach, pelvic, and hip regions of the body.

Flow free with the Kpanlogo in Ghana

In the West African nation of Ghana, the Kpanlogo dance originally associated with the Ga people is now performed throughout the country.  The motions of this dance are widely regarded as “free flowing” and continuous, with dancers hardly ever pausing.  Kpanlogo music is likewise popular in Ghana and it is played in clubs in all the major cities.  Unlike many African dances, however, this one only originated in the decades since World War II when dance bands began to make it popular.

“Act out” dances in India

A stop on a worldwide dance tour might well be India, where traditional dances have actually involved into a form of theatre known as dance-drama.  These dramas typically act out stories that tell tales from Hindu mythology, but as India is a nation with dozens of different regions, each with its own unique traditions and even language, there are many variations on each theme.

As these few examples demonstrate, dance is a way to learn about the unique identity and culture of a people.  Going on a worldwide dance holiday, therefore, means that tourists can literally bring parts of the world home with them.

South American countries are famous for their exciting rhythmic dances; the samba, bossa nova and many other forms originated there.  Classes in the various dance forms are readily available.  If you want to learn how to dance a sultry tango, head for Argentina where the best exponents of the dance form are to be found.