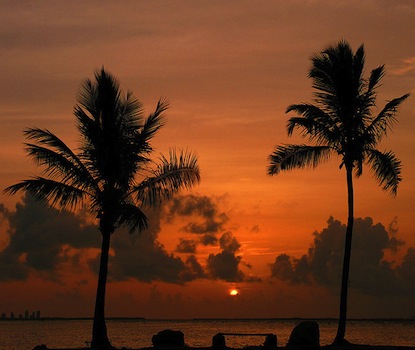 For some people, retirement is simply a chance to put their feet up and enjoy not going to work, but for others it offers the opportunity to move to a new country and begin a new life.  Those who live in countries with cold and damp winters may yearn to get away to somewhere where they can enjoy good temperatures and plenty of sunshine all year round.

Top retirement spots in the sun

The United States is a popular destination for those who want to live in warm temperatures.  It features some of the sunniest regions in the world, and there are plenty of incentives for those who want to move there.  Officially, the sunniest place in the country is the city of Yuma in Arizona.  It is located in a desert region and therefore has very little rain.  Florida and California are two states with plenty of great spots where retirees can enjoy all year round sunshine.  There is a great deal of Florida land for sale, for those who wish to build their own home for the retirement years.

Spain has always been a popular destination for expatriates.  Property costs in some parts of the country are quite low, and the cost of living is also very reasonable.  Many people originally came as tourists, and felt so comfortable with the Spanish lifestyle that they have returned as retirees.

Another country that has also attracted plenty of retirees in recent years is Thailand.  Expatriates can choose from country living, busy cities or coastal locations, and the cost of living is extremely low when compared to the West.  The people are known for being friendly and welcoming, and the weather is perpetually warm.

Panama is another attractive destination for retirees.  Panama City’s popularity has seen property prices rise in recent years, but there are plenty of other parts of the country where prices are low and residents have access to modern facilities.  The country has great beaches, plenty of shops and a low cost of living.  Retirees to Panama can also take advantage of a number of discounts open to them, such as reductions in public transport fares and discounts on restaurant, entertainment and even airline ticket prices.

Benefits of retiring to the sun

A sunny climate is perfect for those who want to live more of an outdoor lifestyle.  It is so much harder to be motivated to go hiking, swimming or cycling when the weather is miserable.  For some people, moving to the sun might be due to doctor’s orders in view of the health benefits.  Damp or cold weather can be aggravating for some health conditions, and a warmer climate can contribute to a better quality of life.

Most importantly, moving to another country can assist in making a retirement income go that little bit further.  There are some Caribbean islands, or areas of the Far East, where a pension income is considered to be something of a fortune, and retirees can live in relative luxury.  Not everyone can rely on a substantial retirement income, but if moving to a different country can help make it stretch a little further, then relocating should be seriously considered.