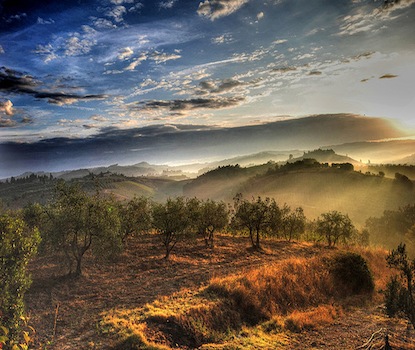 For those in love with winemaking, the continent of Europe presents an array of breath-taking possibilities for both short breaks and longer holidays.  Several different countries are famed for their wine regions, including Italy, Germany, Spain, and of course, France.

The northern region of Tuscany produces a number of fine wines.  One of the best vineyard breaks here offers visitors, tourists and gap year students the intriguing possibility of actually working on a family-run vineyard in Riparbella, which is located about 42 miles from the Renaissance glories of Florence.  Guests perform tasks such as tending vines, mowing grass, and clearing land.  In exchange for their labours, they receive free room and board in a rustic setting.

Also located in Tuscany is the Fattoria di Fubbiano, a family winery that produces both fine vintages and olive oil.  Guests can stay in lodgings located on the property; when not walking the vineyard breathing in the fresh scent of the harvest-to-be, they can explore nearby Carrara, where marble has been quarried since Roman times.

Despite Germany’s reputation for beer, the country also produces a variety of fine wines.  The Pfalz region, sometimes called the “Tuscany of Germany,” produces some of the world’s best Rieslings.  Located in the southern half of the country and bordering France, Pfalz is dotted with wineries in villages such as Forst, Wachenheim, and Ruppertsberg.  The last of these is particularly good to visit during late August when an annual wine fair and “German Wine Adventure Day” are held.

Vineyard breaks in Spain are particularly enjoyable for the budget-conscious, since wineries here often sell vintages for as much as 65% off the UK price.  In the high-altitude area around Burgos, cold nights and bright warm days combine to produce wines that have won numerous awards in recent years.  Well worth visiting in this region is the Bodegas Señorío de Nava, where grapes for Merlot and cabernet sauvignon are grown.

Not far from the Mediterranean coast is Jerez de la Frontera, famous the world over for its production of Spanish sherry.  Few other areas in Spain are so packed with bodegas, many of which were established in the 1800s and have continued a proud sherry-making tradition to this day.  Tourists in the region should be sure, however, to make time to visit the Alcazar, a Moorish fortress that dates back to the 11th century when much of southern Spain was under Arab control.

No other nation in Europe is as closely associated with fine wines as France, whose vineyard regions include such familiar names as Bordeaux, Champagne, and Burgundy.  The first of these is the home of St Emilion, recognized as a UNESCO World Heritage Site for being “an outstanding example of an historic vineyard landscape that has survived intact and in activity to the present day.”  Not to be missed here is a tour of the local catacombs, part of which have been converted to a charnel house featuring a central cupola with impressive artwork representing the theme of resurrection.

Whether traveling through France, Spain, Germany, or Italy, tourists taking a vineyard break will never need to search for an excellent vintage to enjoy.