Best places to see soccer games in the world 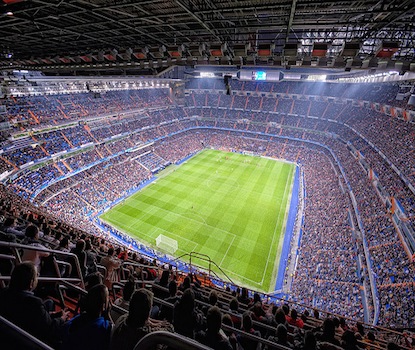 It is often said that the eyes are the windows to the soul, but when it comes to understanding the soul of an entire nation, there may be no better way than to attend a major sporting event.  After all, visiting the great art galleries and museums while abroad will only allow a tourist a glimpse into the “high culture” of a nation.  The very atmosphere of such places – most often hushed and reverent – will also keep tourists from a full understanding of how ordinary, average people behave when not watching their p’s and q’s.  Attending a sports event while traveling, on the other hand, can give a tourist an entirely different perspective on life in another country.

Soccer is the most important sport in most of Latin America; Argentina is no exception.  This stadium located in the nation’s capital city, Buenos Aires, is considered legendary even though it holds less than 60,000 screaming enthusiasts.  Obtaining tickets in advance is advisable since matches frequently sell out.  The best games to see are the ones between the home team, the Boca Juniors, and their long-standing rivals, River Plate.  These matches are bound to be not only the most interesting, but also the noisiest, and not just because of the enthusiasm in the stands.  The stadium itself is also designed in such a way that sounds tend to become amplified – so much so that the fans have a nickname of their own: la doce, which means the twelfth man in Spanish.

The Stade Velodrome, located in Marseille, France, is notable for being a place where the most passionate and enthusiastic soccer enthusiasts in all of France assemble.  The reason? Quite possibly the stadium is so popular because the fans that come to see a match are remarkably close to the action.  The Stade Velodrome is the home ground for the soccer team known as Olympique de Marseille, and it has been the venue for such prestigious events as the 1998 FIFA World Cup.  For many years, it was the largest home stadium to any French football team, seating more than 60,000 enthusiasts.

The stadium is currently undergoing renovations that have trimmed its capacity a little as it prepares to host the European Football Championship in 2016.  By that time, the Stade Velodrome will seat as many as 67,000 fans eager for exciting soccer action.

San Siro is not only Italy’s largest stadium, holding over 80,000 soccer fans, it is also home to both Inter Milan and AC Milan, which gives tourists a great many opportunities to see a match while they are in the country.  Even better, because the matches are not usually sold out, tourists may not even need to plan that far ahead.  Matches take place nearly every weekend during the soccer season, but tourists should be aware that identification is required at ticket kiosks, which incidentally, only take cash.

Attending a sporting event while on holiday is an enjoyable way to pass an afternoon, but it is also a fantastic way to meet see the local culture in a completely natural context.