A world full of wonders for the traveller to behold 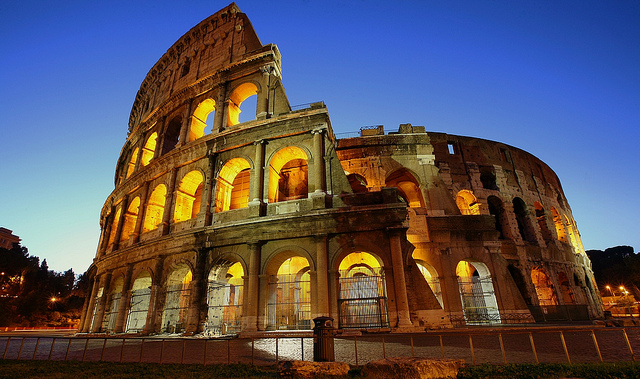 From ancient times right through to the present day, individuals have been compiling lists detailing the “wonders of the world.”   The most famous of these lists was written by the Greek historian Herodotus before 400 BCE.  Known as the “Seven Wonders of the Ancient World,” it included such marvels as the hanging gardens of Babylon, the lighthouse at Alexandria, and the Colossus of Rhodes.

The medieval world recognised several wonders that did not exist when Herodotus walked the earth.  Lists of industrial and even natural wonders have also been compiled.  Two things are certain: there are ample wonders for today’s tourists to visit, and seeing them all will take travellers to most of the world’s continents.

The only ancient wonder to survive virtually intact to this day is the Great Pyramid of Giza.  Most likely constructed as a tomb for the Pharaoh Khufu, the pyramid remained the tallest structure made by man for almost 4,000 years.  Tourists who visit the Giza Necropolis in El Giza, Egypt, can also view several other pyramids that were built later.  Surprisingly, tourists may actually go inside the Great Pyramid, using a “Robbers’ Tunnel” dug shortly after 800 AD.

This famous stadium in Rome is ancient by our standards, though it was constructed centuries after Herodotus.  Constructed under the emperors Vespasian and Titus, the Colosseum is the largest amphitheatre ever built by the Roman Empire; in its heyday it seated 50,000 spectators who came to observe gruesome spectacles, such as gladiators hacking one another to death and fighting wild animals.

Today, the Colosseum is widely regarded as a pinnacle of both Roman architectural and engineering techniques.  It is particularly noted for its series of ascending arches that give strength to the structure.

The Great Wall of China

Reputed to be the only man-made object that can be seen from space, the Great Wall of China might well have been on the list of wonders compiled by Herodotus had he ever travelled far enough to the east.  Construction began in the 7th century BC and the wall was added to by successive emperors, with most of the sections that are visited today dating from the Ming Dynasty.  In all, the wall stretches for almost 4,000 miles and was intended to protect China from invasion.  No trip to Beijing, the capital of China, is complete without a visit to the Great Wall, which can be reached on a short day trip from the city.

Natural Wonders of the World

The Great Barrier Reef off the coast of Australia is an amazing natural feature.  The largest coral reef network on earth, it is made of almost 3,000 separate reefs and provides tourists with an ideal place to scuba dive to see the brightly coloured coral formations and beautiful tropical fish.

North America also has its share of man-made wonders, including the Empire State Building in New York City. This building is considered a wonder of the Industrial Age and was the first structure with 100 storeys or more.

In terms of natural wonders, however, no other place in the world can match the Grand Canyon.  Located in the desert state of Arizona, the canyon is almost 20 miles wide and more than a mile deep in places; it stretches across the landscape for more than 250 miles.

Travellers that set out to tour the Wonders of the World will visit Africa, Asia, North America, Australia, and Europe.  Truly, there are marvels to behold on almost every continent on the planet.  This list will give you a good start, but it is far from exhaustive.  In fact, which sites deserve the accolade of “wonder” is a highly debated topic among tourists worldwide.  This is all to the good, since it means that many more wonders await the traveller who has the determination to seek them out.