A gap year in France: the possibilities of Paris 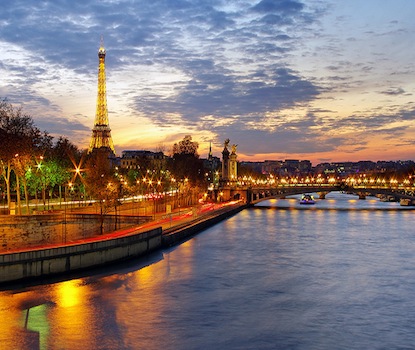 Book learning is a good start for those who wish to master a subject, but there is no substitute for direct experience.  For students interested in expanding their knowledge when it comes to European history, art, or the French language, a gap year spent in Paris can be ideal.

Although France has had at least six different cities function as its capitol, Paris has been the official seat of government for large portions of its history, including from 900 to 1419, from 1425 to 1682, from 1789 to 1871, and continuously since 1944.  This makes it arguably the very best city in France to visit for the student interested in the general history of the nation.

Many sites in Paris lend students on a gap year a much deeper understanding of the events of the French Revolution.  Although the famous Bastille is no longer in existence, students today can cross the Seine on the Pont de la Concorde, the bridge that was built from the stones of the Bastille when the prison was torn down in protest at the unfairness of the pre-Revolutionary French penal system.  The sheer amount of effort needed to transform the Bastille into this bridge is mind-boggling, and there is nothing quite like walking across the Pont de la Concorde while contemplating the determination of the individuals involved.

A gap year in Paris also makes it easy for students to pop over to the royal palace of Versailles, located just 20 minutes away by train. Versailles is well worth several visits since there is so much to explore, including Marie Antoinette’s miniature farm where she played at being a simple milkmaid in an effort to apply the Enlightenment philosophy of Jean-Jacques Rousseau and the famous Hall of Mirrors where the aptly named “Treaty of Versailles” put an official end to World War I.

Paris is arguably the finest city in the world for students interested in the arts. The city is home to dozens of art museums including the Louvre, which is so vast that it could take the serious student weeks to explore its works comprehensively. Paris also abounds in specialised art museums, including the Picasso Museum, which presents this modern painter’s works in chronological order, the National Museum of Modern Art located in the Georges Pompidou Centre, and the Museum of Jewish Art, founded in 1948 to pay tribute to Jewish works, notably synagogue buildings, destroyed in the Nazi Holocaust.

Another excellent use of a gap year in Paris is to brush up on French, or indeed, learn the language from scratch. Language schools specialising in 9 and 11 month programmes are readily available in Paris, many of them utilising the “total immersion” approach that has been verified via linguistics research to be the most efficient, natural, and painless way to acquire a second language.

For UK students on a gap year, Paris also has the advantage of being relatively close to home, which can make travel arrangements much more affordable. Whether they are interested in art, history, or French language and culture, Paris provides students on a gap year with exciting and almost limitless possibilities.