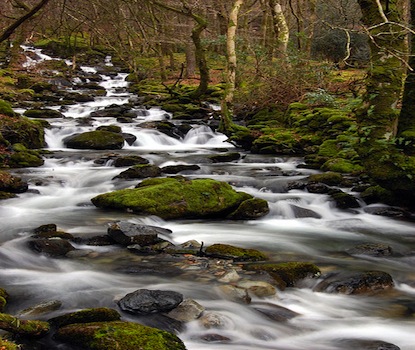 The small nation of Wales is located within the United Kingdom and features some of the loveliest landscapes found in the British Isles.  Wales is relatively sparsely populated, having only a third of the population of London yet occupying more than 8,000 square miles.  Contrary to popular belief, Wales is quite diverse, possessing three regions that show marked cultural and geographical differences from one another.

North Wales is a rural area featuring the UKs highest mountains south of Scotland.  This region boasts a number of holiday resorts along the coast of the Irish Sea and is also noted for its castles, which have been recognised as a World Heritage Site by the United Nations.  Constructed in the decades following the English conquest of Wales in the 1200s, castles such as Harlech provide a glimpse back through time, allowing tourists to examine the military technology considered cutting-edge for the era.  Mid Wales, in contrast, is very sparsely populated throughout and consists mainly of wild natural landscapes with scenic features such as broad river valleys, moorlands, and forests.

South Wales is the most urbanised region in the principality and is the place of residence of a large majority of those who make Wales their home.  South Wales is divided into eastern and western portions.  The eastern section of South Wales is heavily metropolitan, featuring both the capital city of Cardiff as well as the large cities of Newport and Swansea.  The western half, in contrast, is known for its remarkably beautiful coastline, which is largely unspoiled by human activity.

Wales features one major national park in each of its three regions.  The largest is the Snowdonia National Park in North Wales, named after the largest mountain in the principality.  Attracting more than six million visitors each year, Snowdonia National Park features more than 35 miles of stunning coastline and is the third most popular national park in all of England and Wales.

For all its natural beauty, Wales is also a fascinating place to visit for its history.  While the Middle Ages are well represented in the form of castles that dot the countryside, the Age of Industry can be explored at the Blaenavon Industrial Landscape World Heritage Site.

One of the best ways to experience Blaenavon is to enjoy one of the walks created to showcase highlights of the region.  Walks range from short strolls of barely more than two miles to hikes more than five times as long.  Along the way, tourists will see relics from the time when factories and machinery first began to dominate the production of goods.  Those with an intense interest in this era will also want to visit the Big Pit at Blaenafon, where they can enjoy the National Coal Museum and take an underground tour of a coalmine.

Wales provides a chance for visitors from the UK to experience another side of the British Isles, yet this land of wild natural beauty should prove equally fascinating to tourists arriving from abroad.