Dublin: Capital of the Emerald Isle 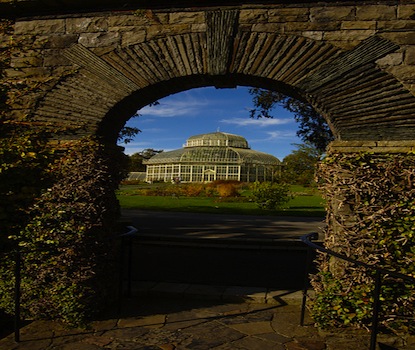 Ever since southern Ireland separated politically from Great Britain in 1922 when the Irish Free State was created, Dublin has served as its capital.  Although the city was originally a small settlement founded by Vikings, today it is the most populated metropolitan area in the nation. In addition, Dublin is considered an “alpha” among global cities, marking it as one of the 30 most significant cities in the world.

In part because it has been continuously inhabited for well more than a thousand years, Dublin is a veritable treasure trove of things to see and do.

Although the structure known as “Dublin Castle” lacks the traditional trappings of a king’s residence – it features neither towers nor moat, for example – it is still a fascinating site for history buffs to explore.  The Chester Beatty Library located in the castle contains an extensive collection of early manuscripts including some that are classified as sacred texts.  The library is free to enjoy and was awarded the distinction of European Museum of the Year in 2002.

The Chester Beatty Library, of course, is mostly a repository for history artefacts.  Dublin also features attractions where the historical element is far more direct.  Notable among such sites is Christ Church Cathedral.  The very oldest structure in Dublin, the cathedral dates back to the 11th century but was extensively renovated in the 1800s.

Visitors to “Dublinia and the Viking World” are even more likely to feel that they have stepped back into the past.  Located in the centre of the old medieval city, Dublinia features “living history,” helping visitors to see and experience modes of life long since vanished.  Both the Dublin of the Middle Ages and the settlement founded by Viking invaders are explored in depth.

Another exploration into the past can be had by visiting the Jeanie Johnston Famine Ship Museum, moored at the Custom House Quay.  Four tours are offered daily to this replica ship, which recreates the years of the mid-19th century, when the Jeanie Johnston took emigrants from County Kerry all the way to North America in order to help them escape the ravages of the famines that were then sweeping across Ireland.  Although a replica, the attraction is also an authentic ship that is sometimes away from port on short trips near the island.

Although Dublin is of course an urban environment, visitors can enjoy a bit of nature in the Phoenix Park area where the Dublin Zoo is located.  The largest zoological collection in the nation, the attraction is open until 4 p.m. in the winter but stays open a further 2.5 hours during the summer.  The Dublin Zoo dates back to 1830 but is recognized today for a modern approach to wildlife conservation.

Those fascinated by plants as well as animals will also want to make time to visit the National Botanic Gardens located in Glasnevin.  One goal of the gardens is to help visitors understand how they too can cultivate plants from many different areas of the world, helping them thrive despite challenges related to climate and weather.

Although Ireland as a whole has much to offer tourists, there is so much to do and see in Dublin that visitors will be hard-pressed to leave the captivating capital region.